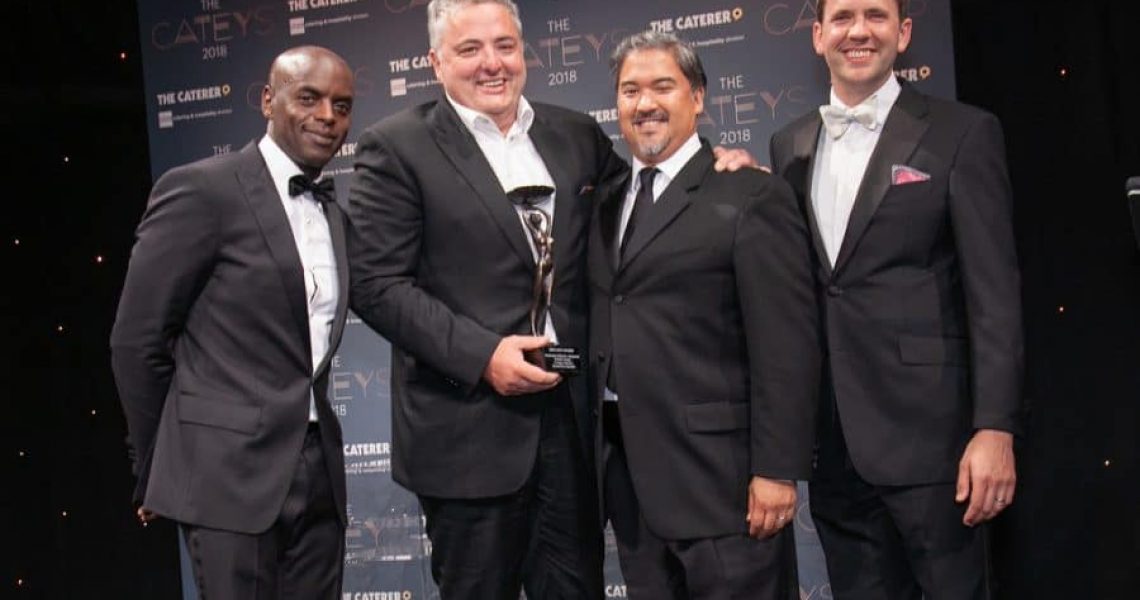 Chef Patron of Bentley’s Oyster Bar and Grill was honoured to receive the prestigious Restaurateur of the Year Award at the 2018 Catey’s presented by The Caterer.

Richard is the chef patron of Corrigan Collection, which operates Bentley’s Oyster Bar & Grill, Corrigan’s Mayfair in London and Virginia Park Lodge in Ireland. Richard’s culinary career, in brief, spans several years in the Netherlands, head chef of Mulligan’s in Mayfair and gaining his first Michelin Star as head chef of Fulham Road in Fulham in 1994 and his second star at Lindsay House in Soho, in 1997. Most recently, in 2013, Richard bought a 100-acre private estate, the Virginia Park Lodge in Ireland.

In addition to wowing the London food scene, Richard has cooked for the Queen twice, British Airways Concorde and is the Chef’s Alliance Spokesperson of the Slow Food Movement. Lauded as one of the greatest chefs of his generation (having won 3 AA restaurant of the year awards), he has received praise from some of the fiercest food and restaurants critics in the land.