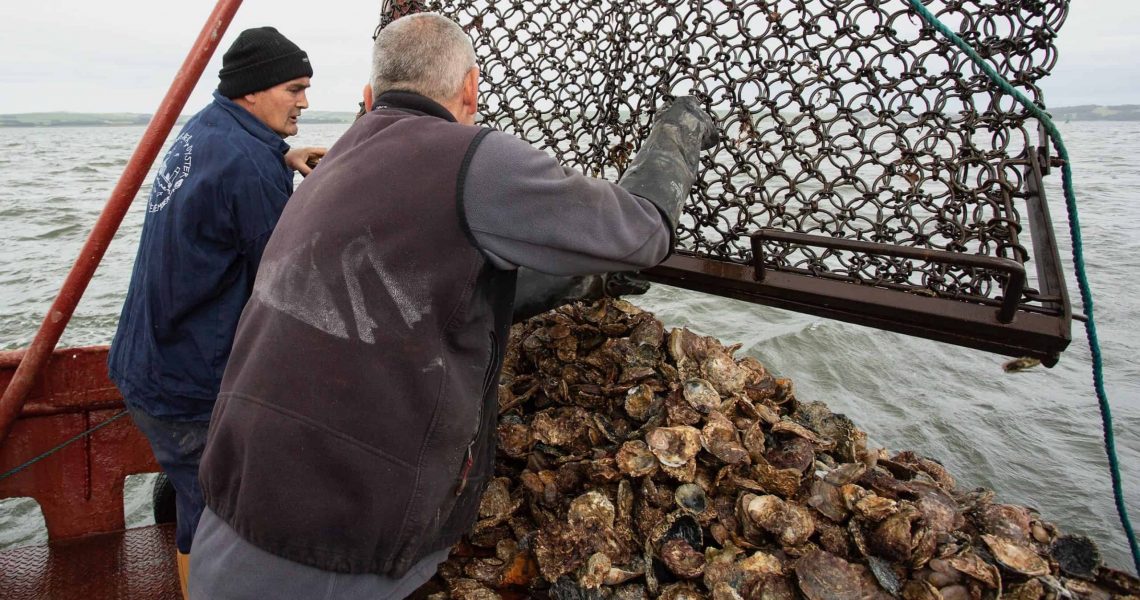 The return of the natives!

As we celebrate the return of the British Native Oyster Season we take a closer look at what this prized bivalve means to the nation and of course, Bentley’s.

The indigenous oysters which grow wild around the British and Irish coasts, (Ostrea edulis) is a mollusc that has thrived in shallow, subtidal coastal and estuarine areas around the UK since prehistoric times. With their numbers reduced by 95% due to human activity, predation and pathogens, now is the time to understand the importance of this prized species in order to preserve it for future generations.

With the environment at the forefront of our minds, the ecological benefits of oysters are more pertinent than ever. Oyster beds provide a habitat for many other species and can be considered a key building block in healthy marine environments, juvenile fish use them as a nursery, other species predate them and many species use them as a habitat. The benefits don’t stop there, oysters filter huge volumes of water (approximately 200 litres per oyster) per day, playing a very important role in improving water quality across our seas. Oysters have been fished in the UK since at least Roman times and at its peak it is estimated that 700 million oysters were consumed in London in 1863 alone. Native oysters were so abundant that they became known as a poor man’s food. Prized since we opened, the Bentley’s Oyster Boys have been faithfully shucking natives every season for 105 years and have helped to earn us a place in the nation’s heart as a British institution for oysters. Our guests recognise us as one of the few destinations that stock this prized catch and make a point of returning to sample them each season. One guest in particular first came with his father as a child in 1952 and has been returning every year without fail, now in his 80’s the unmistakable flavour of Loch Ryan natives transport him to his youth. Esteemed food critic and long standing friend of Bentley’s A.A. Gil was known for his love of native bivalves and enjoyed 24 Loch Ryan’s during his final meal with us.

As Head Oyster Shucker Federico Fiorillo puts it “it’s a very special time of year for Bentley’s, as one of the few London restaurants serving natives we have guests who have been returning every season for the past 20 years and beyond”. The difference in flavour between rock and native oyster comes down to one simple factor: time. Where cultivated rock oysters spend between 16 and 36 months in the sea, natives are immersed for a minimum of three years, giving them far longer to absorb salts and minerals resulting in a more intense taste.

Oyster beds used to be an important structural and ecological component of Britain’s bays and estuaries and have fuelled waterside economies for centuries. In the Mumbles oyster fishery in South Wales in 1863 250 workers worked together dredging 20,000 oysters per boat every day! A restoration of native oyster populations would help to restore coastal industries, local businesses, and tourism. Improved water quality benefits tourists and nature lovers, with increased biodiversity and healthier coastal communities.

Identified as a priority species in the UK’s Biodiversity Action Plan which is the British initiative to meet Global targets established by the UN’s Convention on Biological Diversity. The key to preservation is understanding. Increased public awareness for the importance of the Native Oyster will ensure demand and funding is secured to help safeguard this precious species for the future.

As the old adage goes, the best time of year to enjoy natives are typically months containing the letter R, outside of this time they are spawning. Our Head Shucker has an additional tip, he suggests opting for the colder months “the colder the sea, the better the oysters, November to February is the best time”.

Native oysters are now available, with the season running from September-April with limited availability. We look forward to welcoming you at the oyster bar to try this British delicacy.